Out of the Dark and Dusted Off: Japanese Twin Peaks Board Game

(I wanted to write a proper entry this week but my schedule has been quite busy. Time for some pictures!)

This week I have pics of a stunning Twin Peaks board game.

Back in the day (the early 90's), the Japanese sure loved Twin Peaks. They produced a couple of nice laserdisc box-sets, some beautiful posters, a slick press book for Fire Walk With Me, and scores of other unique items. They also produced a couple of games based on the series. One was an Uno-like card game and the other was this sprawling board game: "The Game of Twin Peaks." Here's the box, measuring 12" x 19": 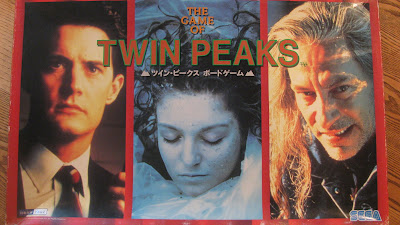 This box contains many game elements: plastic and cardboard pieces, two decks of cards, a spinner, and three (!) playing boards. I never did figure out how all this stuff worked together but I'm sure it was a damn fine game! Here is a display of all the various game parts: 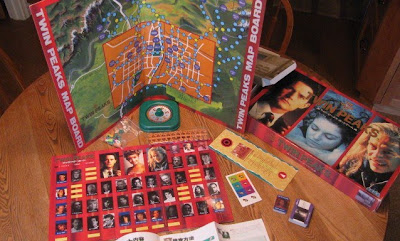 This is the "map" playing board (it apparently shows a street grid of the town, overlaying a map of the the larger Twin Peaks territory). At 24" x 19" this thing is huge! 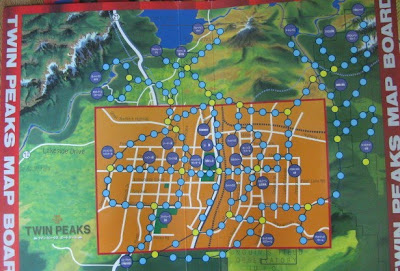 Next up is the character-chart board: 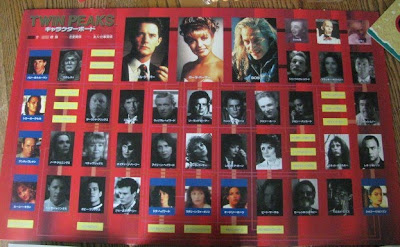 Here's the "rock throw" playing board and "mystery" log cardboard pieces (whatever they are): 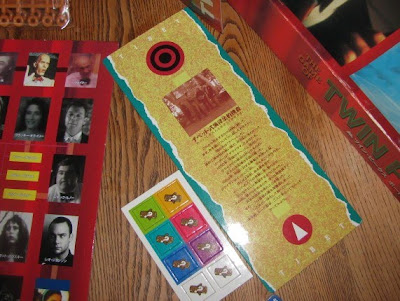 A nice shot of the saw-blade spinner (which probably told you how many spaces to move), along with donut playing pieces and a bag containing plastic bottle pieces, pawn pieces and other items: 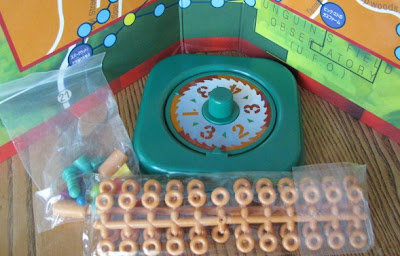 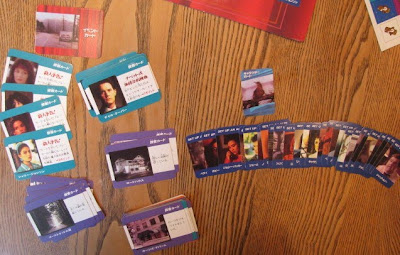 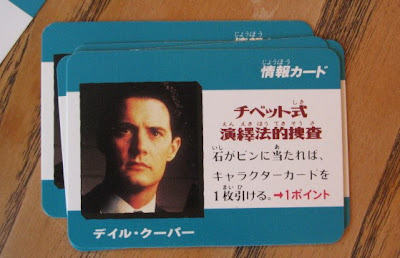 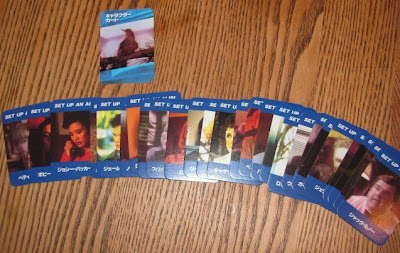 One side of the instructions: 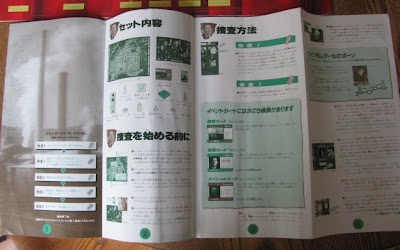 Whew! Some game! I'm thinking it's a cross between Clue, Chutes-and-Ladders and Monopoly! Do you think anyone ever played it?
Note: I had originally planned to post these pictures on the Twin Peaks discussion board at Dugpa.com but for whatever reason I never got around to it. If you don't already know, Dugpa.com is an indispensible site for Twin Peaks fans. Equally valuable is "Jerry Horne's" superb Twin Peaks archive site. Give that one a look, too!
Posted by John at 9:33 PM