The Twin Peaks Pilot: Comments from Creators, Cast, and Others

“Originally [Twin Peaks] was going to bet set in North Dakota but I said to David that I spent a weekend there once, there’s not a lot going on in North Dakota. . . . We moved it to the Northwest where David spent his time growing up and he felt very connected to the landscape.  The big primeval forests are very important to the tone of the show.” – Mark Frost (producer and co-writer, Twin Peaks pilot), Seattle Weekly (as reported in Twin Peaks: Behind the Scenes, by Mark Altman, p. 17.)

“Once it became the Northwest we just went up there and did a lot of location scouting and found a lot of great, great places.  Like the sawmill—that was pretty incredible because it was a beautiful old sawmill. . . . [W]e had maybe four days shooting inside and outside and we were always using those images—the saw blades and stuff.” – David Lynch, (director and co-writer, Twin Peaks pilot), Lynch on Lynch (ed. by Chris Rodley), p. 160-161. 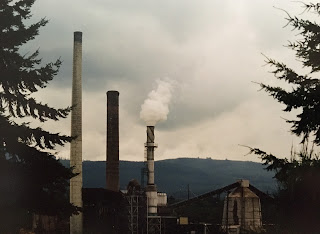 “One of the first questions people ask is, ‘How did they find you?’  How did they find the Mar-T?  They sent out a location scout in February of 1989.  We weren't very busy and I said, ‘You can use it, but we're fixing to do some remodeling.’  But they said, ‘Oh no, don't do anything like that.  We want it just like it is.’  About two weeks later, they said that David Lynch will be up on the weekend and he'll decide.  So they came up and told us they wanted to use it.  They came up about the 28th of February and I'd never seen so much equipment.  There was about seventy-five people that were working, and there was another hundred that were watching from the outside.” – Pat Cokewell, (former owner of the Mar T Café – a.k.a. “the Double R Diner”), Wrapped in Plastic #7, p. 13.

“There’s this story about the Double R Diner.  See, the highway used to go through there and the diner was, you know, doing business.  And then the big freeway went in and nobody was stopping there.  And the owner . . . used to make, like, maybe six pies a day when we got there, if that.  After Twin Peaks she was making sixty pies a day!  That place is on the map, you know, forever.” – David Lynch, Lynch on Lynch, p. 161. 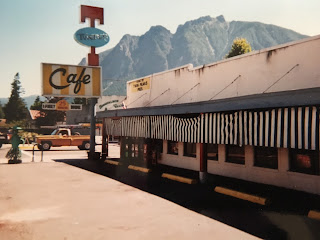 “The day we were doing the town hall scene was actually the last day of filming on the mainland.  The following day, we were going to Bainbridge to the Kiana Lodge to do the Great Northern stuff.  So we were doing the town hall scene, and I was standing next to David and Debbie Trutnik, his secretary.  David leans over, and he goes, ‘Debbie, did you give Frank his scene yet?’  And I went, ‘Scene?  What do you mean “scene?”’  Debbie went, ‘No.’  ‘Well, you better give it to him.  We're shooting it after lunch.’  And I thought, you know, it's probably like one word, or one line.  So then Debbie comes and brings me this huge scene in a boiler room with Kyle [MacLachlan], Michael Ontkean, and Al [Strobel] as the One-Armed Man. . . . . So they say, ‘We're shooting this after lunch.’
“So I look at this scene, and it's a long scene.  And there's this monologue that Bob has to do.  And David's going, ‘See this?  We do this scene.  And see these four lines here?  Well, that's a song, Frank.  Those are lyrics.  Make up a tune.  Just make something up.’  So I was totally flipping out.  Here I was, a part of the crew for months.  They're running around looking for a location--they didn't even have the location for this scene yet.  We're running late.  It's now probably 11:00 at night.  We have to catch the last ferry to Bainbridge at 1:30.  We're still trying to shoot this stupid scene.  So I didn't know what I was doing.  I thought, ‘Here I am, I'm a crew member.  If I'm horrible, everybody's going to laugh at me.  I'm going to be this big joke doing this scene.’  So every ounce of energy, every ounce of everything, was drawn up.  I don't know how I did it.” – Frank Silva (On-set dresser, Twin Peaks pilot, actor, “Killer Bob”) Wrapped in Plastic #7, p. 9

“I would say that generally a lot of the scenes from the pilot were shot from the hip.  There was a lot of improvisation.  So we might go into one scene with expectations we had from the script, and David would change the format and change the intent of the scene. . . . [A]nd of course he was influenced by the powerful setting up there.  The weather was changing by the minute. . . . So sometimes we'd have to move the scene in under a shelter because it was lightly snowing, and of course that would change the mood.  It was a wonderful experience, shooting that.”  – Everett McGill, (actor, “Big Ed Hurley”) Wrapped in Plastic #44, p. 14 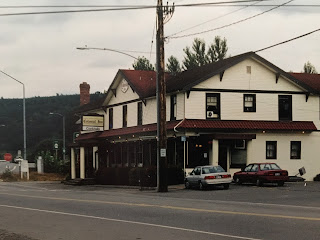 “When we shot [Sheryl Lee] it was cold—I mean, it was so cold.  And she lay out there, and then we’d have to take her away, where they had these blankets and heaters set up behind this giant log.  So she’d run fifteen and go into this warm little tent and get her body temperature back up, and then go back and shoot.  She was a great sport” – David Lynch, Lynch on Lynch, p. 172. 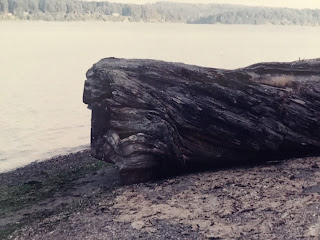 “I was hired for the pilot as a guest, and they said, ‘possible recurring,’ which they always say to anybody who’s a guest and they don’t really know what they’re going to do with the character.  What happened was, we did the pilot, I rambled on, they liked it, and it just worked.  I think that’s how my part got bigger. . . . When they screened the pilot at the Director’s Guild everybody laughed after I did the phone thing.  Then, when I came on again, everybody cheered.  Nobody else in the pilot got the same boisterous response as I did.  I was completely shocked.  I couldn’t shut my mouth.  I have witnesses; they were there with me.  Afterwards, David and Mark came up and said, ‘We’ve got plans for you.’”  -- Kimmy Robertson, (actor, “Lucy Moran”) Wrapped in Plastic #43, p. 3

“I remember I went home and my dear, dear friend, Brandon Lee was over, and I said, ‘Watch this Lynch thing with me.  They want me to do this TV show.  Let’s sit back and watch this.’  So we opened up a couple of beers and watched the pilot of Twin Peaks.  And it was unbelievable!  We didn’t say a word to each other the whole two hours!  It was just incredible.  It was the kind of TV I had never seen.  I’ll never forget that endless shot of the telephone cord.  Oh, man!  It affected me as much as any movie I had ever seen.  The two of us just sat there and said, ‘Let’s watch it again!’  And we did!  I couldn’t wait for Monday to roll around so I could call Mark Frost and just say, ‘God bless you.  It’s phenomenal.’” -- Miguel Ferrer (actor, “Albert Rosenfield”), Wrapped in Plastic #35, p. 4

“So, we had shot the pilot, and then it aired.  And I remember that night as if it were yesterday.  We had a big party at our house and lot of the cast members and crew were there.  It was airing on television and the phone started ringing.  People on the East Coast had just finished watching it.  There was this wave of people across the United States calling as soon as it finished airing in their time zone.  It never occurred to me that it was going to air on other people's televisions!  I thought it was only on mine!  Very surreal!” – Sheryl Lee (actor, “Laura Palmer”) Wrapped in Plastic #16, p. 5

(A longer version of this piece originally appeared in Wrapped In Plastic #46, (April, 2000).)