Batwoman and the Art of J.H. Williams III

A few months ago I wrote about the new Batwoman story featured in Detective Comics and about the stunning artwork by J. H. Williams III.  In Detective, Williams has been consistently creating amazing double-page spreads, finding new and unusual ways to play with the medium, to create visuals that both enhance and complement the story.

There's a wonderful essay about Williams' evolution as an artist at The Savage Critic(s).  I highly recommend reading it.  There, Jog, the author of the piece, nicely describes Williams' current work with Batwoman:

"Williams' art tells a story in tandem with but also independent of [Greg] Rucka's words. It's free to run ahead of the plot, giving away secrets or even undercutting the dialogue for a deeper total effect. To say that Williams' art is merely good-looking or well-designed is to deny how truly unique it is, not so much inhabiting narrative space as invading it[.]"

I couldn't agree more. I love this art and I've often wondered, while reading Detective Comics, if original pieces would ever be available for sale.  Turns out, Williams sells many of pages on his blog.

So, I couldn't resist.  After raising a little money through eBay, I purchased one of my favorite double page spreads, the "Yin/Yang" image of Batwoman versus her arch nemesis, Alice, from Detective Comics #857 (click to enlarge): 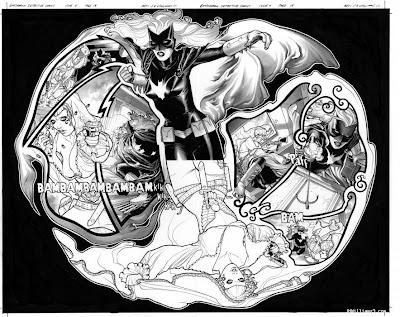 There's a wonderful symmetry to this piece, beyond the contrasting figures of Batwoman on top and Alice on bottom.  Notice, first, how the two capes extend to create three unique panels on each side of the picture.  Batwoman's cape creates jagged, sharp panels; Alice's produces soft, dreamy ones.  The shapes of these panels have, throughout earlier issues of the story, reflected the natures of both women: Batwoman is a character of action and discipline; Alice is a figure of violence and insanity.  Here, on one page, they are presented in direct contrast to one another.
The symmetry of the panels extends to their contents, as well.  Alice dominates on the left (in Batwoman's panels).  She points her gun at an alarmed Batwoman (panel 1).  She shoots until her bullets are gone (panel 2).  Under fire, Batwoman crouches to protect herself (panel 3).  Then, as the flow of the story moves to the right, the action shifts.  Now, Batwoman dominates (in Alice's panels):  She prepares to attack while Alice turns to flee (panel 4).  She fires her gun (here, it is not a weapon of death, but a tool to attempt capture) (panel 5).  Finally, she pursues a fleeing Alice (panel 6).
Each panel on the spread is distinctly complemented by one on the opposite side.  Beautiful.
I love this page: It represents a significant moment in the Batwoman/Alice arc; a critical piece of a larger whole. And yet it also manages to stand on its own.  Yes, there is much that takes place before and after these two pages, but, even without the rest of the story, you can sense the larger narrative condensed here in one single sequence.
Williams and writer, Greg Rucka, have done some great work in Detective Comics.  In fact, their Batwoman story has been so popular, the character will soon have a title of her own.  If you're looking for a good super-hero story with superior art, I highly recommend you check it out.
Posted by John at 2:50 PM 1 comment:

I first heard about Twin Peaks twenty years ago this month.  It was January 11, 1990, to be exact.  I had purchased a copy of the Dallas Morning News and on the front page of the Arts section was a TV column by critic, Ed Bark.  The title was: "ABC aims high with Twin Peaks."  Bark has just attended a mid-season screening of the Twin Peaks pilot in Los Angeles and was, to put it mildly, blown away.  Here's what he had to say:

"The two hour Twin Peaks movie, populated by an ensemble cast of 16 is the first TV masterpiece of the '90s and the best drama to come our way since Hill Street [Blues] floored critics and reviewers in January 1981. Dark, deceptive, visual, and, of course, quirky, it spellbinds from the very first minute -- make that the first second."

Well, I was excited.  Ed Bark was describing something magnificent and new, something startling and unique, something not-to-be-missed.  I knew I had to see Twin Peaks.  You see, I was always a fan of good TV and two decades ago good TV--and by that I mean something intelligent, complex and challenging--was a rarity.  The best television series to date had been St. Elsewhere.  There was also Hill Street Blues and the early episodes of Miami Vice.  But really, there was very little that made you sit up and take notice.

Clearly something special was on the way.  Ed Bark ended his column by saying, "Much more will be written about Twin Peaks before it emboldens prime time as no series since Hill Street.  Circle March [the tentative broadcast month for the pilot] on your calendar and savor the prospect of further details."  Well, in a figurative sense, I did "circle the month." I took Bark's column home and placed it prominently on my desk.  I was not going to forget Twin Peaks.

And I didn't.  I watched (and videotaped) the pilot episode when it premiered on April 8, 1990.  Then I watched it again the next day.  Like Ed Bark, I was bowled over.  It was the greatest thing I'd ever seen on TV. (Still is, actually.)  And Bark was right; much more was written about Twin Peaks (albeit after it aired).  In fact, much of that writing appeared in the pages of Wrapped In Plastic, produced by Craig Miller and myself.

Not surprisingly, I'm still writing about Twin Peaks today.  And I hope in 2010 to write about it a little bit more.  Make no mistake; this blog will still be home to reviews of all sorts of books, comics, TV, films and other assorted stuff that sparks my interest.  But in this twentieth anniversary year of Twin Peaks I think I have a few fun things about Peaks to share.

Anyway, that's the story of how I first heard about Twin Peaks. 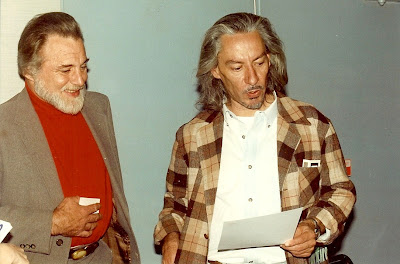 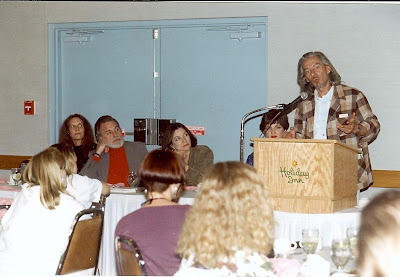 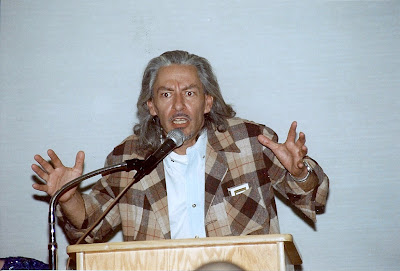 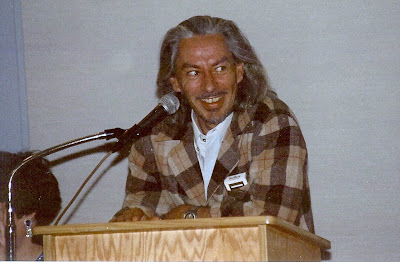 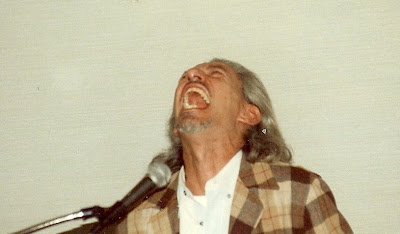 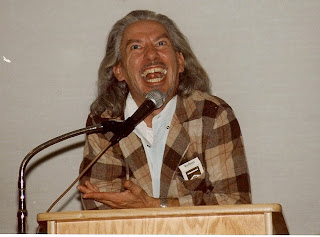 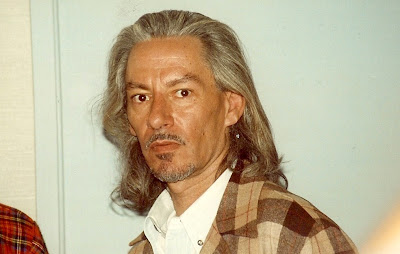