A Path is Formed by Laying One Stone at a Time 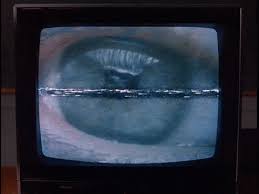 In the spring of 1993, while attending a graduate school at Southern Methodist University in Dallas, I met an undergrad named Eric who was showing episodes of Twin Peaks every week to a group of about twenty classmates, most of whom had never seen the series.

When I first heard about this I was thrilled. Twenty people? All new to the world of Twin Peaks? Great! I thought this type of “group watching” had died when the series was canceled. (Remember, in 1993 watching Twin Peaks was no easy task; you had to have home-recorded videotapes of the series in order to see the whole thing properly). Thanks to Eric (a big Twin Peaks fan who knew his fellow classmates would also enjoy the show), a weekly Twin Peaks party was alive and kicking.

Naturally, I had to check this out for myself.

Eric told me that the group was about to watch episode 14—the famous “Bob kills Madeleine” episode. Very soon they would all discover who killed Laura Palmer. I didn’t want to miss watching this with them because I realized I had a unique opportunity to see and hear how all these first-time viewers would react to one the series’ most important episodes. I remembered how stunned I was by the revelations in this episode, and by the brutal murder of Madeleine, and I wondered how these new viewers would react. With this in mind, I arrived at Eric’s early enough to get a seat with a good vantage point from which to observe the audience.

Soon the room was crowded and Eric popped the tape into the VCR. The twenty or so people in attendance had a good time with the program during the show’s first half hour; the various subplots involving Andy and Lucy, the vegetated Leo, and the super-strong Nadine Hurley all brought laughs.

But things got real quiet as the showed entered its final twenty minutes. The Log Lady delivered a cryptic message, Sarah Palmer crawled down the stairs and saw a white horse, Leland Palmer calmly adjusted his tie in the mirror. And then Bob’s face appeared in place of Leland’s reflection.

A couple of people jumped, and then the room went still. As Bob turned to attack Madelaine, the audience was silent and unmoving; everyone’s eyes were locked on the screen. The scene played itself out: Bob/Leland beat Maddy to death while the Giant stonily informed Cooper, “It is happening again.”

Then the show was over.

And still the room was quiet as each person processed what he or she saw. But the questions began soon after: “Is Madeleine really dead?” “How much of the story is left?”  “Did Leland really kill Laura?”

As everyone threw questions around I realized how different their watching experience had been compared to mine when I first saw this episode. None of these viewers had been exposed to the pre-show hype originally surrounding the episode. They didn’t know that Laura’s killer was going to be revealed in this segment. They came to it cold. I, on the other hand, had seen all the commercials and read the TV Guide blurbs back in November of 1990. I knew the importance of the episode going in. (Even with that knowledge, however, I was still stunned.) But these people had no preparation for what it contained. Clearly shocked, most of them still weren’t sure what they had just seen. 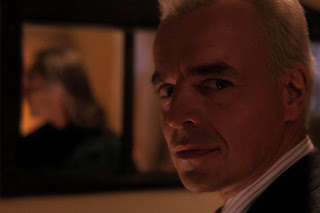 Lots of discussion followed the episode. These people were excited by Twin Peaks and couldn’t wait to see more. They reminded me of how much I enjoyed Twin Peaks and how involved I became in the story. And here, three years later, was a room full of people experiencing it for the first time.

Eric had done a great thing. He gathered together friends and classmates who had never seen Twin Peaks and introduced them to it episode-by-episode. Every person at Eric’s party had the unique opportunity to experience Twin Peaks on a weekly basis, just like it was originally broadcast.

I wonder now, 23 years later, if many people take the time or effort to experience Twin Peaks slowly.

They should. Because Twin Peaks requires time to process. It needs to steep in the minds of viewers. That’s why I’m so glad that the new Twin Peaks will appear weekly on Showtime in 2017 (fingers crossed); the new story needs to unfold through measured doses. And we at home need time to think about what we’ve seen, to re-watch if necessary, and to properly prepare for the next installment.

This summer I watched the entire five seasons of Breaking Bad over the course of about three months. It was a thrilling, engrossing experience. But in watching it so quickly, I did not always take the time to fully appreciate the artistry and nuance of the show. As I watched, I wished I had originally seen the series on a week-by-week, season-by-season basis. There was so much to think about, to absorb and to study. In fact, as I approached the end of the series I did slow down, taking many days (and sometimes a week) between installments.

(A much different version of this article appeared as an editorial in Wrapped in Plastic #5, June, 1993.)