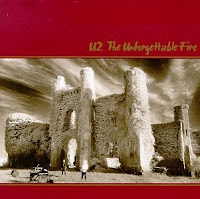 More TV:
As long as Glee can provide episodes as great as "Wheels" this past week, I'll be eager to tune in.  But while "Wheels" shows how good Glee can be, it also underscores how uneven the series is.  Some episodes are cartoonish and slapstick with flat characterizations and buffoonish performances, others (like "Wheels") are captivating, well-acted, and moving.  Clearly, series co-creator, Ryan Murphy, is the real talent here.  He wrote "Wheels" as well as being co-writer on the season's other outstanding episode, "Preggers."  I hope he gains more creative control on Glee as the series goes along.  Of course, Glee will eventually face the dilemma of all "high school" shows:  Do the characters graduate or stay in high school forever?  The premise of the show demands the latter (it's all about high school glee club, after all).  But the young actors who play the students are already looking too old for their roles and certainly by season two it will be hard to accept them as teenagers, let alone high school students.  I guess we'll be seeing "community college glee" in the next few years.  (Still, right now I'd rather watch Glee, with its 25-year-old high school kids, than FlashForward or the god-awful V. Ughh.)
Posted by John at 4:19 PM