Jedi Walk With Me

In 1981, George Lucas approached David Lynch about directing the third Star Wars film in the original trilogy, Return of the Jedi (aka Episode VI). According to the book, David Lynch, by Michael Chion, Lynch refused the offer for various reasons, including the fact that he acknowledged Jedi would “not have been his film but, in a large part, [George] Lucas’s.”

The mind boggles at what a Lynch-directed Return of the Jedi might have looked like. The closest we can come to imagining such a film is to look at Dune—Lynch’s one true science fiction film (and, ironically, one based on another man’s vision—that of Dune author, Frank Herbert). The 1984 film was a commercial and critical failure. But although Dune was not a success, it was (and still is) a good example of Lynch’s visual imagination and directorial skill, even though he was working within the strict confines of studio control. 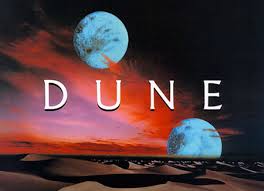 So, what could one expect from Lynch’s Star Wars if he had had some directorial freedom? For one thing, the film would have been slower. Lynch often describes his films as dreams—moody places that are open to interpretation. Given the epic science fiction nature of Herbert's Dune, one would have expected a more action-oriented, kinetic film. Instead, Lynch gave us spaceships that don’t move and scenes where characters stand around and think their dialogue. In effect, Dune was a slow-motion, internalized film. A bold experiment, to be sure, but hardly the kind of direction one would apply to a Star Wars film.

Lynch’s Jedi would likely have been dark and uncomfortable. Lynch is fascinated by the frail and vulnerable nature of the human body and characters in his films are susceptible to being bruised and battered. The heroes in Lynch's film would hardly escape their encounters with the Empire unscathed, rather they would probably emerge from their conflicts disabled and disfigured. And one cringes at the thought of what brutality might be inflicted on the ever-hapless Imperial Stormtroopers.

Lynch often exposes human physicality as an organic piece of a larger world. In Dune, Lynch envisions human bodies as components of mechanized entities (see the First Stage Guild navigators who have tubes going in and out of their heads). One wonders what Lynch could have done with the figure of Darth Vader, who was "more machine, now, than man.” Undoubtedly, this aspect of the character would have been a draw to Lynch, and his depiction of the conflicted Sith Lord could have been both repulsive and mesmerizing.  Darth Vader could, ultimately, have reminded us of John Merrick in Lynch’s The Elephant Man. 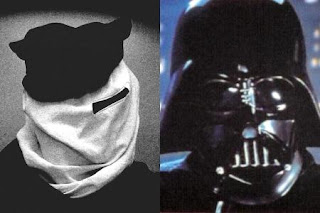 But what of other characters and settings? How would they differ under Lynch’s direction? We can imagine changes to specific elements of Return of the Jedi by comparing them to other Lynch films:

Instead of a puffy, muppety Jabba The Hutt, imagine a Jabba that looked more like a Third Stage Guild Navigator and who acted like the oozing and festering Baron Harkonnen from Dune. (Jabba was supposed to be disgusting—and he was, by Star Wars standards—but a Lvnchian Jabba would have been a true gross-out, complete with open sores on his skin and an oily, sticky complexion.) And Jabba would have been more than nasty—he would have been cruel, subjecting his entourage to torture and terror. 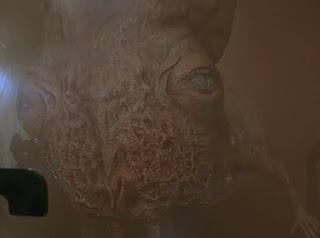 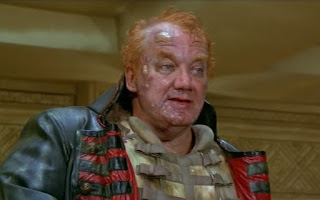 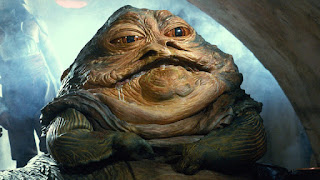 Instead of the cartoonish, Tolkienesque Emperor who acted like a comic-book super-villain (complete with dastardly dialogue and super powers), imagine the Emperor as a Lynch villain similar to Bob from Twin Peaks or Frank Booth in Blue Velvet. Lynch’s Emperor would not have been creaky and withered, but manic and brutal—an Emperor who physically assaults Luke (perhaps pummeling him with his fists), rather than standing back and throwing lightning bolts at him.

Instead of the sunny, magical woods of Endor complete with cuddly Ewok fauna, imagine a dark, damp, ominous forest like those found in Twin Peaks, with tribes of misshapen (but Samaritan) outcasts similar to the circus freaks that help John Merrick in The Elephant Man.

Instead of the shiny, pristine, antiseptic corridors of the new Death Star, imagine a shadowy, steamy, sooty interior punctuated by the rhythmic noises of heavy machinery and hissing exhaust. And all these sounds would be overlaid on an organic, throbbing ambient soundtrack. 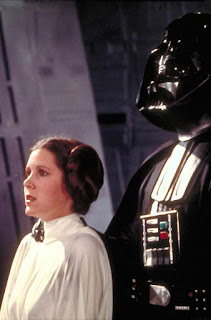 There’s also Lynch’s recurring theme of dysfunctional families that breed incest, adultery, rape, and other traumatic calamities. While Lynch would not have been able to tamper with the basic family unit of Vader/Luke/Leia, who knows what twisted nuances he would have introduced into, say, the Vader/Leia relationship?

These are but a few examples of how David Lynch might envision Return of the Jedi. But such a version was clearly never going to happen. Because Lynch realized early on that he didn’t fit into the Star Wars universe.

The original Star Wars trilogy presents a rare instance where directors lost much of their authorial presence. Despite the fact that The Empire Strikes Back was directed by Irvin Kershner and Return of The Jedi by Richard Marquand, these were still Lucas’s films. They bear his imprint, his style. In the Star Wars trilogy it was the producer (Lucas) who was the auteur.

As part of the Star Wars cadre of directors, Lynch would have been expected to follow Lucas’s designs and desires—to create a Star Wars film according to strict parameters—a situation that Lynch would have found stifling and restrictive and may have led to a clash between Lynch and Lucas.

Fortunately such conflict never came to be. David Lynch understood that Lucas’s vision superseded his. Lynch clearly made the correct decision when he chose not to pursue Lucas’s original offer. Because no matter how striking and original a Lynch-directed Return of The Jedi might have been (had it actually been made), it undoubtedly would have been a perplexing, heavy, and uninviting episode of Star Wars.

Here's a few interesting links for more on Lynch and Jedi:

David Lynch discusses his visit with George Lucas about Return of the Jedi.

A funny (and absurd) Lynch/Jedi mashup.