Is a Divided Cooper a Defeated Cooper? 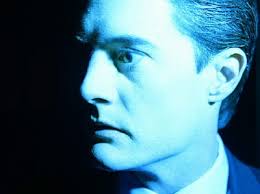 Episode 29 of Twin Peaks depicts two Dale Coopers, a “good” Cooper who remains trapped in the Black Lodge and a “bad” Cooper (probably Cooper’s Doppelgänger) who escapes the Lodge and is essentially free to terrorize the town of Twin Peaks, presumably continuing Bob’s killing (and his hunt for garmonbozia). In my book, The Essential Wrapped In Plastic, I argue that Cooper enters the Red Room as a “whole” person but subsequently divides into two beings: a Good Dale and a Bad Dale. I conclude with this observation:  “Cooper, who was once complex and rich, has been distilled into components of ‘good’ and ‘bad.’ Whole, Cooper was more than the sum of his parts. Divided, he becomes a lost soul.”

When I originally wrote that essay for Wrapped In Plastic, my co-editor, Craig Miller, wondered if the statement was necessarily true.  He posed the question: “Is it a good thing or a bad thing that Cooper divides?” 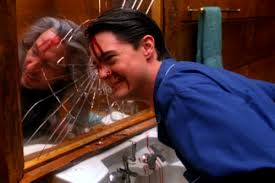 This question supersedes the real-life demands of TV production. As we all know, Lynch re-wrote the script for Episode 29, significantly altering much of the final act. The original script contained a cliff-hanger in which Cooper was possessed by Bob. Lynch did not accept this terrifying proposition, but to keep the shock ending of the script he decided to have only “part” of Cooper possessed. Lynch was explicit about this outcome when he told Chris Rodley, “Coop wasn’t occupied by Bob. Part of him was. There are two Coops in there, and the one that came out was, you know, with Bob.” (Lynch on Lynch, page 183—emphasis added.) For Lynch, this result was clearly more palatable than having the one-and-only Cooper inhabited by Bob. If Lynch had not been saddled with the pre-ordained, season-ending cliffhanger, he might have supplied a dramatically different ending (and that famous final shot of Bob in the mirror may never have existed).

Still, the question remains:  Is it a negative development for Cooper to “divide”? Perhaps a better way to think about it would be to ask: If the Good Cooper had escaped the Black Lodge, presumably leaving the Doppelgänger trapped inside, would this Cooper be superior to the “whole” Cooper? Would a Cooper who had vanquished his evil side be a better FBI agent? A better human being? 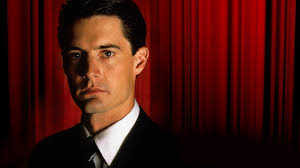 Twin Peaks is all about duality, and virtually all of the characters have their two sides. (The exceptions are few. Bob and Windom Earle are evil; the Log Lady and Major Briggs are pretty close to purely good, though each has suffered tragedy and difficulties.) Unfortunately, the idea of a character shorn of his darker side is not addressed, and neither Lynch nor Frost have provided many clues as to whether this would be a good thing or not.

Craig and I were on different sides of this question.  More specifically, we differed over whether Cooper should “remerge” his two selves or remain divided.  Personally, I saw a divided Cooper as a failed Cooper. For me, the only way to defeat the Bad Cooper was for the Good Cooper to contain him—to make him part of himself in order to keep him in check.  Part of being “good” is the ability to choose to be good, to reject evil by controlling and suppressing your darker impulses.

The Twin Peaks finale is bitter because of the good Cooper’s entrapment. But would the ending be more palatable with the good Cooper free and the bad Cooper trapped? Bob would have been defeated, of course, and the evil would be purged from Cooper, but (in my mind) this ending would leave “Cooper” diminished. He would still be only half-a-person. He would, in all likelihood, be incapable of comprehending the human condition, of understanding the impulses and emotions and weaknesses that contribute to the full essence of human behavior. What’s more, his abilities as a detective would be immediately impaired; it would be impossible for the good Cooper to comprehend the motives and attitudes of criminals and suspects.  (This is illustrated in a memorable scene from the series, Homicide: Life on the Street. Seasoned detective Frank Pembleton tells rookie Tim Bayliss that to be a great detective, Bayliss must be able to think like a criminal. In Pembleton’s mind, Bayliss will never be a great detective because Bayliss is too good; he does not have a dark side that he can tap into in order to understand the criminal mind.)

I would argue that a good Cooper cannot see in complex and subtle ways; that he actually fails Laura in Fire Walk With Me when he warns her not to take the Owl Cave ring.  At that moment, he is thinking in a binary way: Take it or don’t take it: Danger or safety.  Laura will later see that despite the dangers of the ring she can take it and defeat Bob, not merely surrender to him.  The good Cooper cannot see this path, cannot intuit a way through darkness to light.  Laura, an amalgam of good and bad, can. She sees through the complexities of the ring and uses it as her salvation.

For me, a divided Cooper (no matter which side escapes) is a tragedy for the character. Sadly, the series ends with the worst of two possibilities—the bad Cooper triumphant.

Craig was not convinced that a divided Cooper was defeated. He thought it possible that the Good Cooper was a superior being to the Whole Cooper. Lynch scholar, Martha Nochimson, has noted that according to Lynch, “you have to get through that base energy that’s roaming around about your subconscious in order to get through to the visionary part.” (WIP 32, p. 3) Put another way, Jeffrey Beaumont (in Blue Velvet) has to survive the horror of Frank Booth to enjoy the dream of the robins that Dorothy talks about.

Cooper’s experiences in the Red Room could have been a cleansing ordeal. The Whole Cooper is fearful of the Doppelgängers (particularly the shrieking Laura), whereas later (after the division), Good Cooper is no longer afraid; he calmly confronts Windom Earle and even Bob. Without hesitation, he offers his soul in order to save Annie. (Again, this is an easy, binary choice for him.)

If the good Cooper (instead of his Doppelgänger) had escaped from the Black Lodge, he would have been a sort of super-being, able to understand the lessons he learned while “whole,” but never giving in to base temptations. While this may have presented future storytelling challenges, it would represent a spiritual maturity of Cooper who, far from lacking in crime-solving ability, would be the perfect incorruptible cop.

This view is optimistic and essentially posits a triumphant conclusion to the Dale Cooper story.

For years, I wondered about the possibilities of a Good Cooper versus Bad Cooper versus Whole Cooper.  I never expected to have an opportunity to see this subject further explored on screen.  Next year, with the advent of a new season of Twin Peaks, perhaps we will have more data on this curious philosophical debate.  (In the meantime, if you have any thoughts to share on this debate I’d love to hear them!) 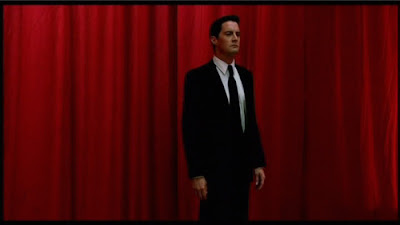